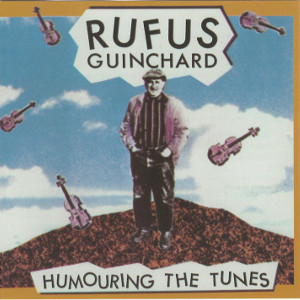 SingSong Inc. is a Newfoundland and Labrador recording company owned and operated by performing artist Jim Payne. It was started in 1989, and is dedicated to traditional and contemporary music, story, song and dance that reflect the Newfoundland experience. The label has 27 currently available titles, making it the largest dedicated traditional music label in the province.

SingSong Inc. also produces special event entertainment for conferences, conventions, corporate retreats, and other events with a particular interest in historical music related to Newfoundland and Labrador. For several years we produced a Music at the Museum summer concert series for museums in St. John's, Grand Bank and Grand Falls-Windsor, in conjunction with the Newfoundland Museum and the Historic Resources Division of the Department of Tourism and Culture. Over the years, SingSong Inc. has also been a sponsor of several regular performance events in St. John's, including the St. John's Folk Music Club, produced by the Folk Arts Society, and Wom/men Jammin'. We've also produced recorded music for use in the Parks Canada Ryan's Premises Historic Site in Bonavista, and co-produced recordings with the Historic Sites Association of Newfoundland and Labrador. We've also co-produced recordings of Newfoundland and Labrador artists in collaboration with artists in England and Ireland for simultaneous release on both sides of the Atlantic.

All audio recordings listed on the site can be downloaded either as individual tracks or full CDs. Full CD downloads also include cover art and liner notes. Besides standard format CDs, SingSong Inc. has also released a CD-ROM collection of 517 Newfoundland folk songs (included in the catalogue) collected by Canadian folk song enthusiast Kenneth Peacock around the coast of Newfoundland in the 1950's. This collection includes many of Mr. Peacock's original audio recordings of his informants, some of the first recordings ever made of traditional Newfoundland folk songs.

Watch for other projects currently in development, including song and music books, DVDs, as well as new recordings on CD. Explore the site to find information about new releases and the full catalogue of recordings, along with information about artists and  CD reviews.

Many of the SingSong Inc. artists are also available for live performances, and all titles in the catalogue are in stock and available. Contact us by e-mail, phone or regular mail for details on live performances or to order recordings in hard copy.

How to use this web site

Click on a title in the catalogue menu or any artist name to bring up list of recordings.

Click on any CD cover for details or to preview/download songs.

Check events calendar for performances by SingSong Inc. artists, or others that we think you should hear.